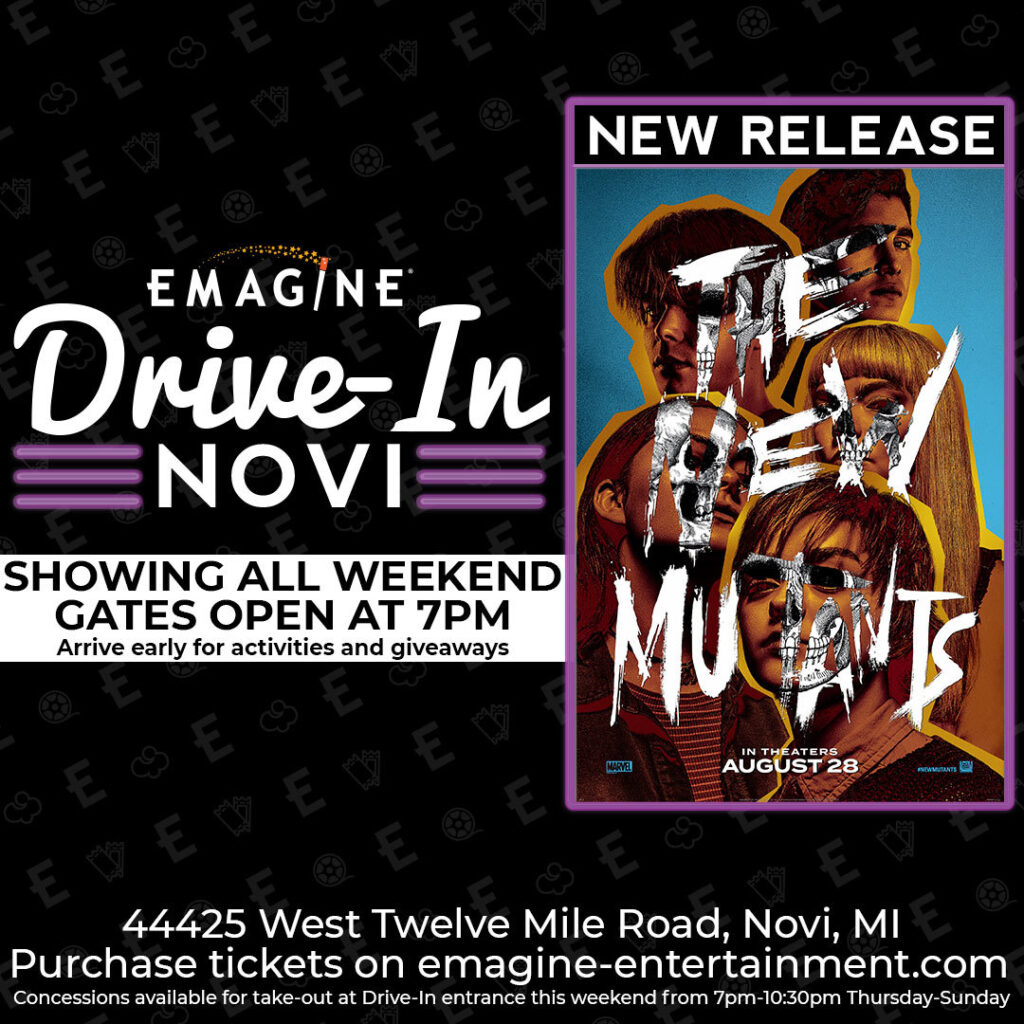 It’s new release weekend at the Emagine Drive-In! The New Mutants will be playing all weekend long. Parking lots open at 7:00PM and the showtimes are at 9:30PM. Arrive early for pre-show activities and giveaways!

The New Mutants staring Rahne Sinclair (Maisie Williams), Illyana Rasputin (Anya Taylor-Joy), Sam Guthrie (Charlie Heaton) and Roberto da Costa (Henry Zaga) are four young mutants being held in an isolated hospital for psychiatric monitoring. Dr. Cecilia Reyes (Alice Braga), believing the teenagers are a danger both to themselves and to society as a whole, keeps a close eye on them as she struggles to teach them how to rein in their mutant abilities. When newcomer Danielle “Dani” Moonstar (Blu Hunt) joins the other patients in the facility, strange occurrences begin to take place. The hospital’s patients are plagued by hallucinations and flashbacks, and their new mutant abilities–and their friendships–will be tested as they battle to try to make it out alive.